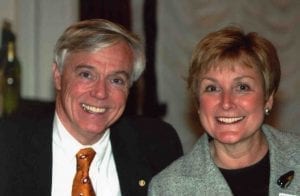 The FitzGerald Bemiss Scenic Hero Award is named for the longtime Virginia State Senator considered the father of the modern conservation era. Scenic Virginia’s highest honor recognizes longtime achievement or extraordinary accomplishment in the field of scenic preservation.
The 2017 Scenic Hero Award honors Cessie and Bill Howell of Falmouth for “their passionate, extraordinary dedication to our Commonwealth’s scenic beauty and unique history; their innumerable efforts, both individually and as a team, to ensure that these scenic and historic resources are preserved for future generations; and their invaluable assistance in lifting Scenic Virginia to new heights as a statewide voice for scenic preservation. Virginians are forever in your debt.”
The Hon. Bill Howell is Speaker of the Virginia House of Delegates, a position he has held since 2003. Elected to the House in 1987, and retiring soon after 30 years of service, he is highly regarded by the preservation community for his leadership regarding Virginia’s Land Preservation Tax Credit program, considered the best in the country.
A longtime champion of historic preservation and viewshed protection, Cessie Howell is credited with saving George Washington’s boyhood home at Ferry Farm in Stafford Country in 1996 from becoming a large-scale Walmart shopping center.Cessie joined our Board of Trustees in 2008 and served for three years as President (2011-2013) and nearly four as Board Chair (2014-2017). After she stepped down in August, our Trustees immediately designated her Board Chair Emerita in recognition of her many years of distinguished service.
Together and individually, the Howells have done so much to celebrate and preserve Virginia’s scenic heritage. We love you, Cessie and Bill! Thank you for your many years of love and support. (And don’t go too far!)
___________________________________________________________________________ 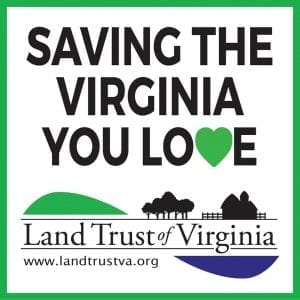 The Paul F. Revell Scenic Tree Award is named for Scenic Virginia’s longtime Advisory Board member and Urban & Community Forestry colleague who died in 2016 after a long battle with pancreatic cancer.
The first winner of the Award bearing Paul Revell’s name is the Virginia Big Tree Program. Based at Virginia Tech, its mission is to increase the care and appreciation of all trees — both big and small — and educate the Commonwealth about the value of trees and forests.
The program began in 1970 as a 4-H and FFA project of the Virginia Cooperative Extension. It is now administered by a passionate community of tree enthusiasts that includes Extension Agents, Virginia Tech faculty and staff in the Department of Forest Resources & Environmental Conservation, and numerous Big Tree Volunteers from around the state.
The Big Tree Program maintains an impressive — and beautiful — online register of the five largest specimens of 300+ tree species (native, non-native, and naturalized) that includes information about each tree’s size, location, and heritage. The top scoring tree in each species is named the State — and sometimes National — Champion.
The program’s website (http://bigtree.cnre.vt.edu/) makes it easy for citizens to Search, Browse, Measure, and Report big trees in Virginia. We urge you to take a look and get involved with this terrific program!
___________________________________________________________________________ 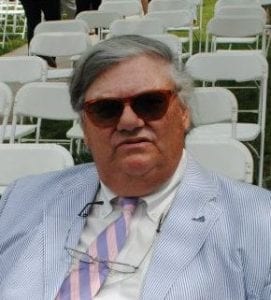 The inaugural winner of the Scenic Service Award is John D. (Johnny) Mitchell of King George for his work to conserve and protect thousands of acres of land across our Commonwealth. Johnny is a co-founder of the Central Virginia Battlefield Trust and now works as a part-time consultant for the Virginia Department of Conservation and Recreation.
He is highly regarded for achieving success with several difficult land preservation deals involving numerous parties. He is best known for the successful preservation of Crow’s Nest in upper Stafford County, now a Natural Area Preserve.
His Scenic Award reads: “Scenic Virginia honors John D. Mitchell for his steadfast dedication to the preservation of Commonwealth’s incredible natural and scenic resources, his tenacity in succeeding when others said  it couldn’t be done, his seemingly effortless ability to bring together people of all walks of life toward a unified goal, and – above all else – his undying passion for his beloved Virginia, with thanks from grateful Virginians, the very fortunate beneficiaries of your service.”
_________________________________________________________________ 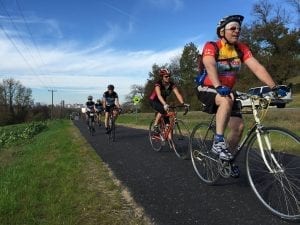 The Scenic Tourism winner is the Virginia Capital Trail, a 52-mile bicycle and pedestrian trail connecting the Commonwealth’s former and current capitals.
The Trail crosses five jurisdictions — Williamsburg, James City County, Charles City County, eastern Henrico County, and Richmond — as it follows historic Route 5 and the James River. The VCT’s new interactive website at www.virginiacapitaltrail.org allows users to find such amenities as parking, restaurants, and restrooms as they plan their routes along the corridor.
Plans for the Trail languished on the shelf for years until 2002, when then-Governor Mark Warner’s Secretary of Transportation, Whitt Clement, saw the project’s promise and revived efforts to move it forward.
More than a decade later, the completed Trail is the successful product of a public-private partnership between the Virginia Department of Transportation (VDOT) and the Virginia Capital Trail Foundation (VCTF). Guided by a dedicated Board of Directors, the Cap Trail partnership exists to ensure that this scenic trail is maintained, enhanced, promoted, and continually developed, providing a safe and wonderful experience for all.
The Trail launched officially in November 2015. Since September 2016, the number of annual Trail users has soared to incredible 1.2 million.
_________________________________________________________________
Thanks to all who joined us to celebrate the scenic beauty of our Commonwealth. To see photos of the 2017 Reception and Ceremony, click here.