On March 31, 2014 at Hampton Court Palace (a royal palace in the London Borough of Richmond), Scenic Virginia and the Father Thames Trust further strengthened the relationship between Richmond, Virginia and Richmond-upon-Thames, England with the inaugural presentation of The Richmonds Medal. Given jointly by the two like-minded organizations, the Medal celebrates the special relationship between the two Richmonds and honors those who have rendered exceptional service to scenic preservation.

The Lord Watson of Richmond served as host of The Richmonds Medal ceremony, a VIP event held in the Cartoon Gallery of Hampton Court Palace. 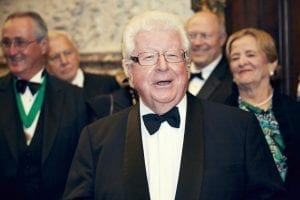 The first British recipient was the internationally renowned broadcaster and naturalist Sir David Attenborough, who has worked tirelessly as a Founder of the Father Thames Trust and Patron of the Thames Landscape Strategy to preserve and revitalize the Thames River communities. HRH Prince Richard, The Duke of Gloucester, who serves as Patron of the Thames Landscape Strategy, made the presentation to Sir David as members of the Virginia Delegation look on. 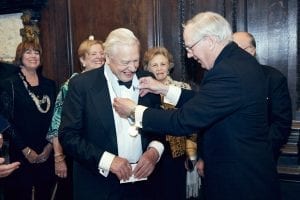 Following the Medal ceremony and reception, guests attended a presentation of an original theatre production titled “The Matchless Vale: A Miscellany of The Arcadian Thames,” commissioned by prominent British theatre producers Doug Pinchin and Richmond Morris for the event. 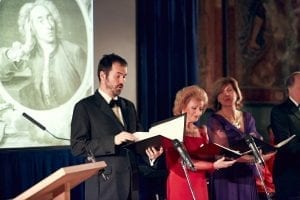